If you’re a developer and you’re starting out on the road to selecting a PR agency for your game, then we appreciate that it can be a bit daunting.

There are many PR mistakes that can be made, so you’ll want to choose someone you can trust and who’ll do the best job they can.
But the biggest challenge of all is that you’re likely not sure what questions to ask, or know what you are expecting from a PR agency. Well, the good news is that we’ve put a list of things to look for below that can help set you on the road to finding the perfect games PR agency and the perfect Player 2.

All PR agencies should be able to provide you with examples of past coverage.

We use a tool called Coveragebook which collates all our coverage and has vital metrics such as page/article views. We’ll gladly share these with anyone who is interested in working with us, and we usually do even before being asked!

Coveragebook displays site metrics such as estimated coverage views and monthly visitors, nicely putting together the tracked coverage and presenting it in a clear and concise fashion.

We point blank refuse to work on a game unless we have played it thoroughly first.

Sure, a 100 hour MMO isn’t going to be feasible, but the agency still need to get a good idea.

An ethical agency should politely pass on a game they don’t think that they can generate coverage for and give constructive reasons why they feel that is the case. If an agency rejects your game, make sure you get good feedback as to why this is the case.

It’s not just about liking the game either.

The agency will be the one communicating with media and influencers about your game, so it’s vital they can tailor the messaging properly. The longer we can play a game, the better idea we have who who to target in our outreach.

Avoiding nasty surprises is good for everyone too.

If nobody except the developer has played the game until it’s time for reviews or even launch, then it’s a dangerous situation especially if things aren’t complete or the game plays much differently to how it was described.

Don’t be afraid to give a test build or a demo. Never hide your game! Signing NDA’s are common when shopping around for a games PR agency to work with.

The caveat here is with console builds. A lack of dev kits does make testing console games more difficult. So in such cases, it’s more permissible to skip on playing it early, but there has to be a lot of assurances when it comes to this!

Most good agencies will gladly give feedback whether it’s good or bad. If they have said that the game is not for them, then they should give good reasons why.
The same goes for if they like the game. What was it that they particularly liked?  You want to feel that they have genuine passion and enthusiasm for your game and will go the extra mile.

I know, an obvious question. But a gamer can sniff out a non-gamer at 1000 paces, and there are some PR people that seem to forget that playing games are a vital part of working in this industry.

A savvy person or agency may well be making comments and comparisons about your game versus others to demonstrate they understand the space and the challenges that you face. Can they spot industry trends or genre hallmarks?

This a question you should be asking yourself as well.

By making comparisons to similar games, and communicating to the agency the target audience you are seeking, the agency can have a better understanding of your goals and where they can step in to help.

If you can’t succinctly say why your game deserves to be looked at in a very crowded market, then it’s going to make it incredibly difficult for the agency to communicate what is unique about your game.

No cliches when you do so! Avoid terms like ‘revolution’ unless it really does cause huge change. Check out our post on boosting your game launch which covers how to grab the media’s attention without exaggerating.

Don’t be afraid to ask for feedback.

We’re pleased to give out a lot of advice for games because it engenders a sense of trust in prospective clients.

Even if we’re not interested in working on the game, we know that developers value this feedback.

It can be tough giving negative feedback, but our goal is always to help where we can to make games better.

If you’re being asked a lot of questions, then it shows that the person asking the questions is thorough and is trying to gain a good understanding of you and your title.

These could involve asking about your platform plans, timelines and gameplay mechanics.

If you’re not being asked a lot of questions, it could well be that the agency isn’t interested or doesn’t believe in your game.

Often the games PR agency will be asking questions by putting themselves in the shoes of the media or influencers, who want to see and hear your games USPs.

After all, that’s who the agency is trying to reach.

Ultimately you as the developer need to be crystal clear about your USPs.

You don’t want the Directors to schmooze you and then dump a junior on the account with the Director never to be seen or heard from again.

Get to know who the team is, and who you’ll be working alongside.

Just don’t end up with the office junior as your only contact.

Be careful that you haven’t got an agency who only use freelancers – which while it’s a fine approach, can lead to issues if nobody is available to contact at that time.

9.  How does the agency propose to work with you?

It’s important for us as an agency to always remain visible and reachable. Transparency is vital.

We’re big fans of calls, to hear more about the game and keep abreast of development so that we can always plan ahead and offer advice and feedback where needed.

The agency can never over-communicate with you!

It’s important that there is a clear process of communication with the agency and you want to get good visibility of what they are doing at all times.

We have regular client calls, timeline discussions and we keep a very detailed Trello board internally for project management.

10. How will the agency report key metrics to gauge success?

In the digital age we live in, there should be plenty of ways for an agency to provide you with metrics.

As we’ve mentioned previously, we use Coveragebook as the best solution to share coverage with clients as well as provide detailed metrics.

We also use Keymailer to get in touch with influencers with review keys. This gives us comprehensive reports from any coverage resulting from us sending out a key.

We’ve heard it from media themselves that if something isn’t likely to generate enough SEO success they won’t cover it.

But if one or two sites that have been pitched cover the story, especially titans like IGN and Polygon, then it can trigger a domino effect and other sites will jump on the bandwagon.

11. Has the agency proposed any creative ideas to help your game get noticed?

A simple, cheap service that pushes out a press release will only do just that whereas an agency or freelancer may be proposing something more creative.

We spent two days packaging up and sending Donald Trump toilet rolls to select media for a North Korean mobile parody game we were working on called Dear Leader. We even went as far as to include fake letters to the press and put official North Korean stamps on the envelope to make it look like it had been sent from North Korea.

Yep, we charged extra for this but the client liked it, and it helped them get noticed with coverage in the likes of The Daily Mirror. 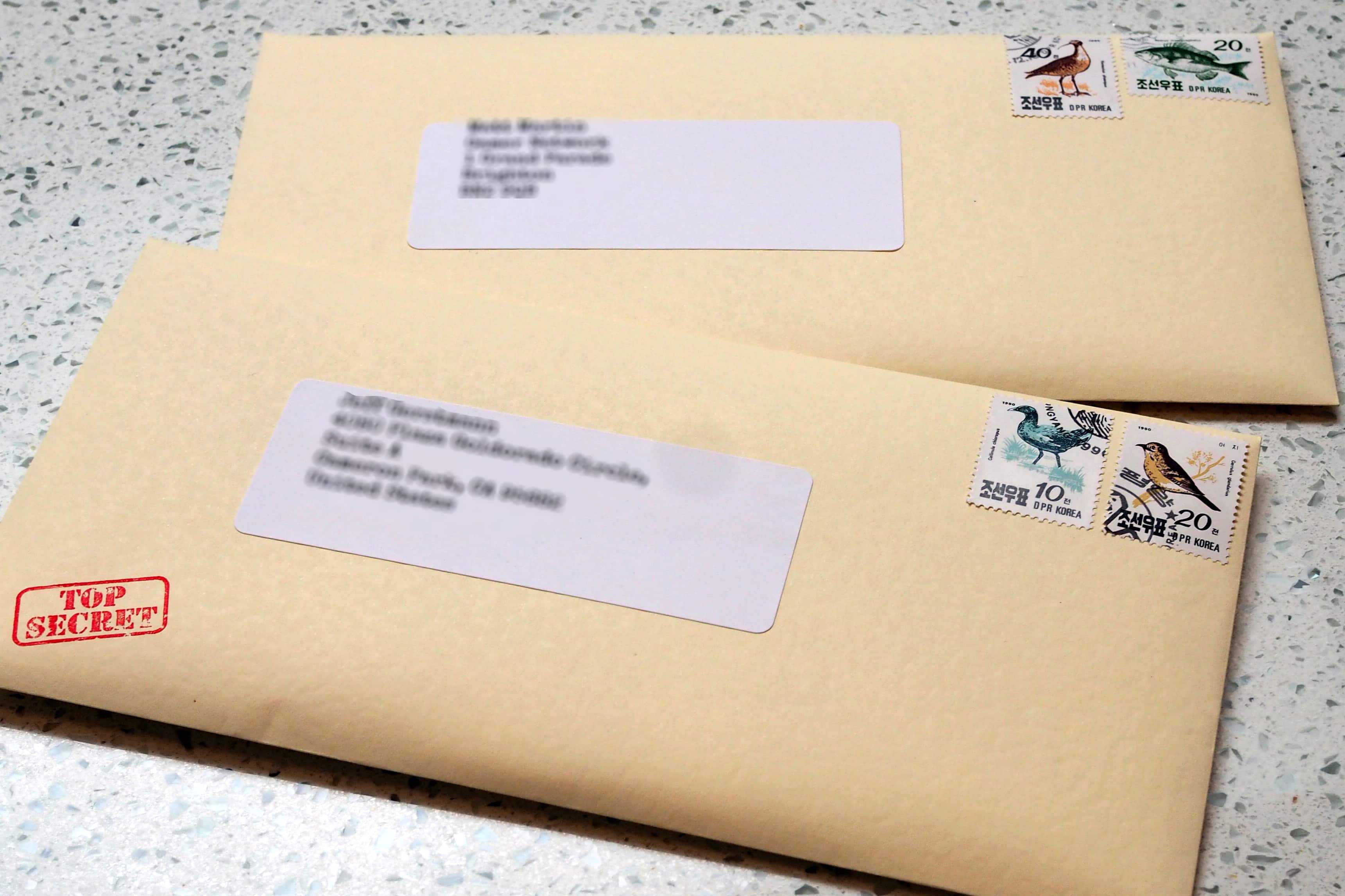 We’ve also done a match-day programme for a football game, limited edition numbered artwork prints signed by the games artist and 3D printed models of characters from the game.

One of our favourites was helping to design a physical media kit for WW2 CCG KARDS, featuring branded ration books, model kits and of course actual trading cards transformed from the digital world into the real world.

Creative ideas don’t always have to come with a price-tag.

The agency may suggest unique ways of pitching your game.

Making a themed Spotify playlist for media to listen to while playing the game costs nothing (except maybe just a premium Spotify subscription) or being quirky and editing job titles to fit in with the game.

Ultimately, you need to go with your gut and also ask the right questions. Don’t be afraid to ask for proof points and references.

The other thing to bear in mind is that your game may not be as great as you think it is. I know, it may sound harsh, but we speak to far too many developers that operate in a vacuum. They seem to have little awareness of the competition, nor have they gotten honest, unbiased feedback on their games.

A mediocre game that’s then accepted by an average agency which is happy to take a game at any cost will ultimately end in tears. That said, a great game in the hands of a great games PR agency or freelancer can do great things!

Don’t leave without considering whether you still want to hire a games PR agency, or if you want to see what alternative options there are for your game. Find the answers you seek right here.

If you’re set on hiring an agency but want to do some of the work around the campaign yourself, we have a great guide to working with influencers you’ll definitely want to read if you’re looking for that super streaming boost.