30 January 2019, Poland – The portal to the mythical world of Artara has once again reopened as indie studio Event Horizon is showering fans of its CRPG Tower of Time with a super-sized treasure trove of new content. The drop includes two new fully-fledged game modes called RPGlite and Permadeath as well as an array of character customisation options. The new modes will add fast-paced dungeon crawler and rogue-like elements to the huge 60+ hours of content that’s already available to brave tower explorers. 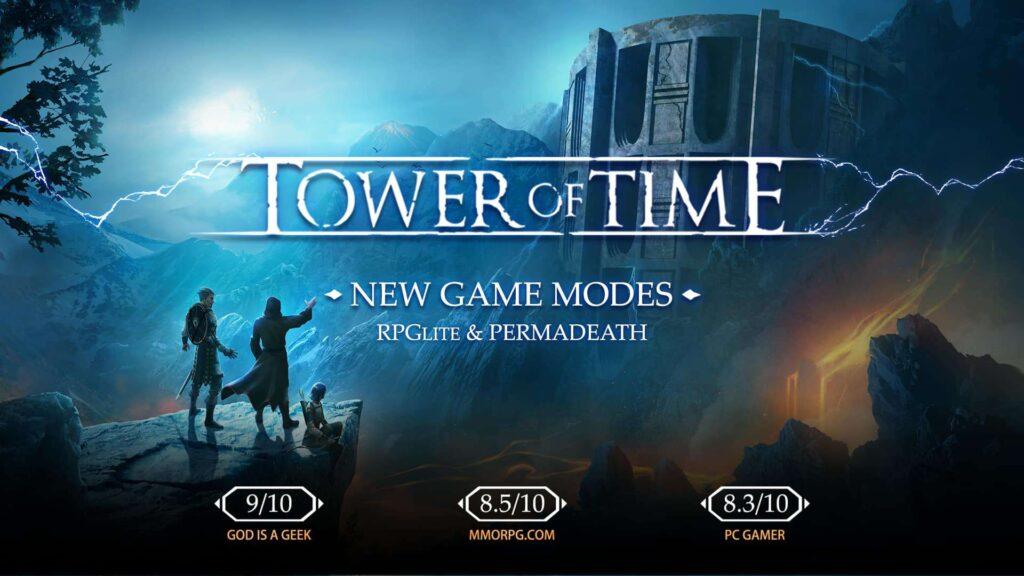 In the game’s first new mode, RPGlite, Tower of Time immediately opens up all 7 of its champions to players right from the start (at level 1). Each party member has a variety of attributes to allocate with customisable weapons, spells and combat gear that can modify even the most powerhouse units into offensive spell-summoning paladins. Players are challenged to see how far they can descend through the Tower’s many levels in order to reach ground-level, whilst facing off against hordes of enemies.
The game is over when all party members die, forcing players to rethink their approach. The end of each level gives players the chance to customise party roles, loadouts, spells and abilities before they’re thrown back into the heat of battle. The game has also modified the way characters level up (capped to level 15) to wield even more incredible skills and powers as they venture ever deeper into the Tower.
Tower of Time’s second new mode, Permadeath, separates the true Runelords from the pretenders. Beginning with all 7 champions, players must descend the tower – but now the stench of permadeath hangs ominously in the air. This means once a champion has fallen in battle, they’re gone forever. Lose all champions and it’s game over, however, if a single champion remains, the player wins.
To spice things up, this mode introduces a new game difficulty (titled ‘Blood’) giving players an initial opportunity to grow and strengthen their party before the game steadily ramps enemy difficulty up to the max – daring only the most seasoned of adventurers to attempt this hellacious challenge. Players will earn points from each battle and their overall score can then compared to that of other Tower of Time players via a series of score-based and other types of leaderboards. This lets players compare not only scores but also their party set-up and skill selection choices for constant competition.
Both of the new game modes also focus much more on gameplay by giving players the option of skipping story elements such as dialogue, text and cutscenes in order to amplify the unique tactical dungeon-crawler features such as ‘Arrow Time’ that players loved the most when the game launched back in April. Beyond waves of combat, players also have the option of completing as many (or few) of the quests found in the game’s core story mode for near-endless replayability.
The two new game modes follow on from months of updates to Tower of Time including a reworked combat system for better-balanced battles, improved crafting mechanics for increased clarity on item stats and entirely reworked loot mechanics and algorithms, meaning players have access to items with unique one-of-a-kind properties unavailable via crafting. The game now supports a total of 5 languages, including English, French, Russian, Turkish and German, with Italian coming soon.