Mommy’s Best Games was also behind the gun-stacking PC and Xbox 360 title Serious Sam Double D XXL, which first launched back in 2011.

Players begin by jumping into the hooves of Princess Bow, the daughter of the King Cake, a cake-headed monarch who has devised “The Royal Games”. The winner of the games gets Princess Bow’s hand in marriage – whether she likes it or not! With the Princess unable to talk her father out of it, Bow decides to put on a disguise and enter the competition herself – uncovering a darker secret that threatens all life aboard the Space Station Kingdom.

In Pig Eat Ball players explore tons of bizarre worlds, ranging from the squid-infested land of the Sushi Gardens to the deadly Kitchen Chaos, each filled with dozens of hand-crafted challenges to overcome. Whether that’s dodging alien bulls, spitting bombs, eating flying pies or bowling while on a conveyor belt – Pig Eat Ball has players digesting and regurgitating anything and everything to overcome each obstacle. 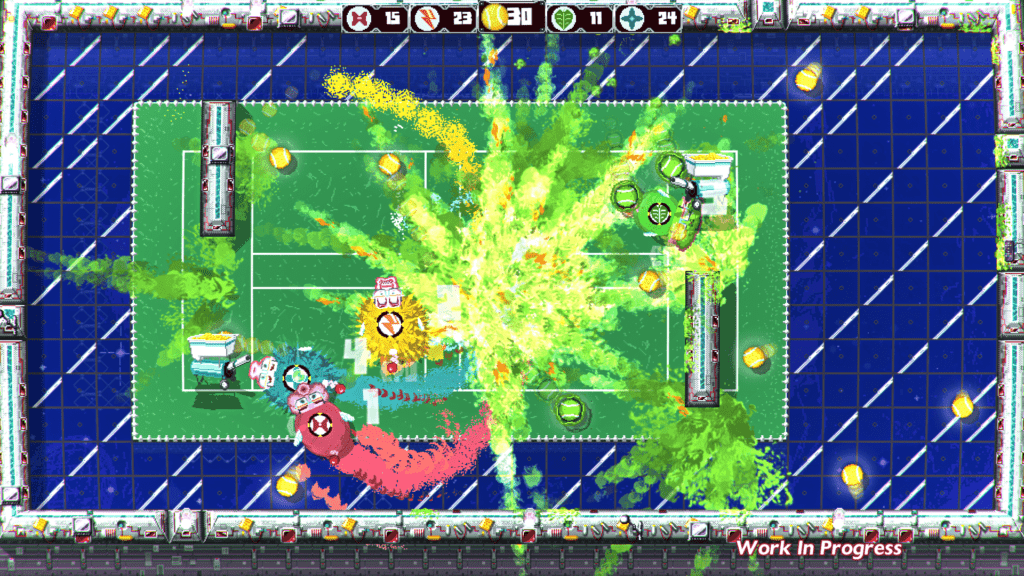 As if 10-hours of single-player craziness isn’t enough, Pig Eat Ball features a manic 4-player offline couch co-op mode, with dozens of custom levels and a variety of win parameters to set. Those who want to take their hallucinogenic worlds to the next level can do so using the games custom Level Editor – exclusive to PC players. Designed with intuition in mind, gamers can combine and arrange assets to create their own levels and upload them to the Steam Workshop to share with the world in no time.

Mommy’s Best Games has also worked closely with renowned leaders in the games accessibility space to ensure that as many players as possible can enjoy the game. This includes implementing over a dozen accessibility options to adjust various gameplay, visual and audio facets to offer alternative ways to play.

Their design pillars are Crazy, Fun, Now. * CRAZY – Players will get a truly unique, action experience. * FUN – Games are a blast to play! * NOW – Games respect the player’s time.

All of their games have mould-breaking, wild, new gameplay. Players get into the action quickly and are given options to customize their experience.

This website uses cookies to improve your experience while you navigate through the website. Out of these, the cookies that are categorized as necessary are stored on your browser as they are essential for the working of basic functionalities of the website. We also use third-party cookies that help us analyze and understand how you use this website. These cookies will be stored in your browser only with your consent. You also have the option to opt-out of these cookies. But opting out of some of these cookies may affect your browsing experience.
Necessary Always Enabled
Necessary cookies are absolutely essential for the website to function properly. These cookies ensure basic functionalities and security features of the website, anonymously.
Functional
Functional cookies help to perform certain functionalities like sharing the content of the website on social media platforms, collect feedbacks, and other third-party features.
Performance
Performance cookies are used to understand and analyze the key performance indexes of the website which helps in delivering a better user experience for the visitors.
Analytics
Analytical cookies are used to understand how visitors interact with the website. These cookies help provide information on metrics the number of visitors, bounce rate, traffic source, etc.
Advertisement
Advertisement cookies are used to provide visitors with relevant ads and marketing campaigns. These cookies track visitors across websites and collect information to provide customized ads.
Others
Other uncategorized cookies are those that are being analyzed and have not been classified into a category as yet.
SAVE & ACCEPT